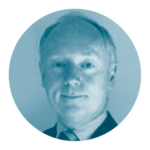 Phil joined Energy & Utility Skills in September 2020, bringing with him a breadth of experience in the regulatory and education sector. In his previous role as Executive Director for Vocational and Technical Qualifications at regulator Ofqual, Phil led the reforms for all vocational and technical qualifications, assessments and apprenticeships and was instrumental in developing T Levels and Higher Technical Qualifications. Having worked closely with Government, key stakeholders and employers, Phil has a solid understanding in the development of end-point assessments. Prior to joining Ofqual, Phil served in the Royal Air Force for 30 years, with much of his career focused on command, leadership, strategy, policy and capability.  Phil is a trustee of the Skills & Education Group and the Independent Schools Inspectorate. Phil received an MBE in the 2000 New Year’s Honours List, a Queen’s Commendation in 2004 and his CBE in 2014.

Scroll To Top
We use cookies to ensure that we give you the best experience on our website. If you continue to use this site we will assume that you are happy with it.Ok